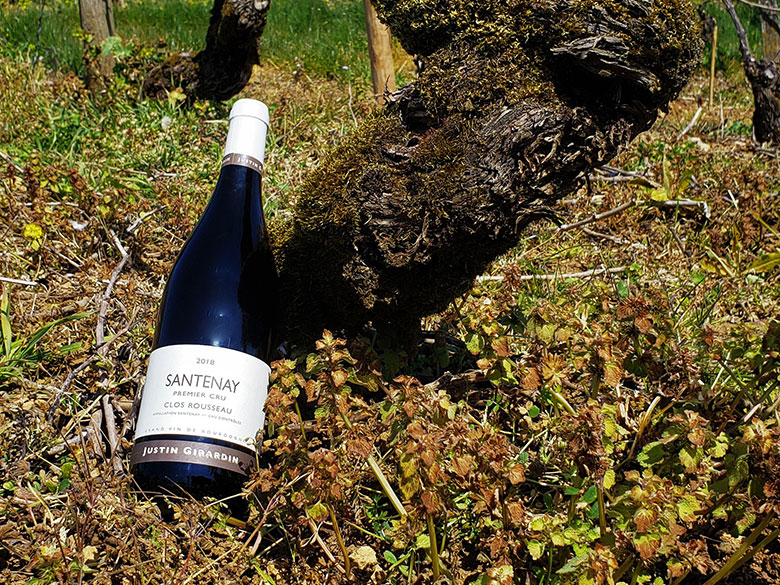 On the southern extremity of the Santenay vineyard is this climate, on the border with the Maranges. The name comes from a certain Mr Rousseau, the owner of this clos at some point. Despite the orthographic difference we suppose today that the Petit Clos Rousseau, Grand Clos Rousseau in Santenay and the Clos Roussot in Maranges were owned by the same family et were divided during the successions. Another explanation is the French sobriquet "roussot" : the redhead. With a beautiful exposition to the south-east and a relief marked by many cracks, the Clos Rousseau is an excellent terroir. The soil is more thick and clayey than Beauregard and covered of limestone marls which drain the moisture and help to freshen up the vines during the summer. This gives a rich wine, well structured and with a great cellaring potential.